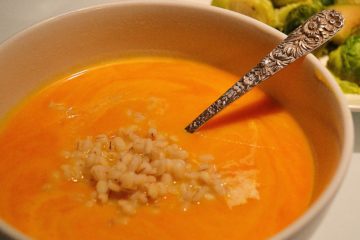 I am new to experimenting with winter squash soups. I had this mental barrier that they took too long to make and/or would be cumbersome to prepare. Imagine my surprise when I put together this highly nutritious, warming meal together in under 45 minutes. I am now a squash soup convert!

While I love a fresh piece of wild salmon either grilled or baked springtime seems the perfect season to chunk it up in a chowder and pair it with tender spring vegetables. This version is lighter than a typical chowder but hearty enough as a meal. All you’ll need is a hunk of artisan bread but a side salad would be a nice complement. 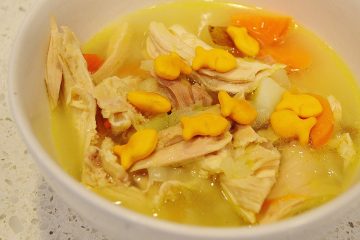 This is my basic, easy to prepare but made-from-scratch chicken noodle soup. I keep it pretty simple but my youngest loves to add Goldfish crackers on top! I have to admit, not only is it a great whimsical touch, the crackers add a nice extra dimension of flavor. 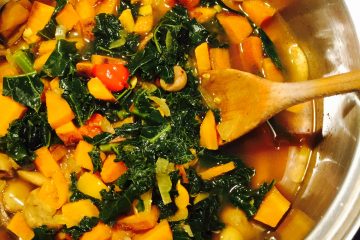 I created this soup when I was on a mini detox where I mainly consumed fruit and veggies. Whether you need a healing soup for detox purposes or not you’ll want to make this warming soup in the cooler months and it is highly adaptable. For the vegans, just add in some beans and for the carnivores try venison, chicken or pork sausage. 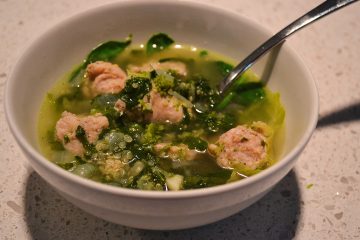 This was an impromptu meal that I put together with leftover sautéed mixed greens, grilled sausage, and cooked quinoa. It was so flavorful and satisfied everyone that I had to include it in The Whole Meal’s repertoire of recipes for fall, winter, and early spring. It’s great on its own, but a warm loaf of French bread and some good quality chunks of cheese would be the perfect complement. 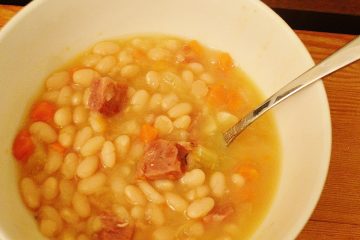 This simple soup is on the menu of the U.S. Senate’s restaurant every day and with good reason. It’s really good and simple to make. This is my slow cooker version as most days I am not able to watch a simmering pot for hours.

There is a history behind this soup but it is not exactly known where this soup mandate came from. According to one story, the Senate’s bean soup tradition began early in the 20th-century at the request of Senator Fred Dubois of Idaho. Another story attributes the request to Senator Knute Nelson of Minnesota, who expressed his fondness for the soup in 1903. Regardless of its origins, this is one tasty substantial soup you’ll want to make over and over again during the nippier times of the year. 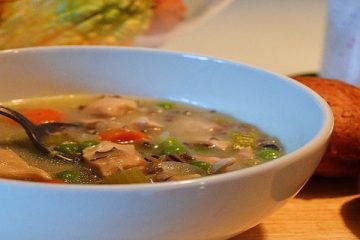 I have never made a creamy chicken soup at home, but have ordered creamy soups in the heart of fall or the dead of winter when you just want to take the chill out of your bones. I actually first tested this on the first of October in 90 degree weather, but we cranked the a/c and my family rather enjoyed this fall/winter must-make soup, going back for seconds.

I really like this version of split pea soup because it’s brothy, rather than thick like a stew. Artisan rolls or slices of bread with a pat of creamy butter are a must for dipping in the filling soup. I usually serve a simple side salad of romaine mixed with escarole (or other bitter lettuce) and shredded carrots in a mustard vinaigrette.

I threw together this soup one day when my oldest daughter was feeling run down. She loves Whole Foods Market’s version but declared my version just as good. It’s so simple to make and adding chopped spinach to an energizing protein-rich base balances hormones and boosts immunity. 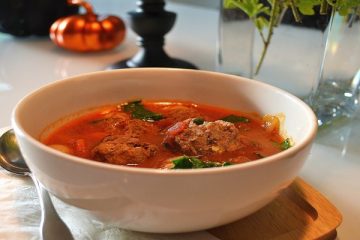 A great three-season meal (a bit too hot for summer, especially for our Florida summers!), this one-pot dish will become a family favorite. It comes together quickly, has a great balance of carbs, protein, and fat to nourish your body and satisfy your appetite. Slurping required!